There is nowhere better to take in the glorious colours of autumn than Perthshire. For just a few weeks, the green leaves of deciduous trees and shrubs change colour to many shades of russet, red, golden, yellow, purple, black, orange, pink and brown. Little wonder Perthshire bills itself as Big Tree Country.

It's a gradual process through September and October as the trees come out at different times. You start with the golden colours of the sycamores, closely followed by horse-chestnut and birch taking on some equally rich yellow tones. Next, the field maple adds some deep shades of red and yellow to the palette, and along the river banks the deep copper of the alder is on display. You get splashes of bright red from the rowans heavily laden with berries, then one of the last trees to turn is the oak. At this time of year the sun is really low in the sky, so if you're going for a walk through woodland you'll see the rays reaching further than in summer, and will get some really nice light.

Our Top five places in Highland Perthshire for Autumn Colour

The Pass of Killiecrankie is one of the most renowned sites in Scotland for autumn colours. Every shade of red, orange and gold highlights the oak, beech and birch woodland that flanks the River Garry through the steep gorge. Once the main route between the Highlands and the Lowlands, it is now a rich conservation area, cared for by the National Trust for Scotland. The Pass is best known for Soldier’s Leap, across which it is said Donald MacBean leapt to escape pursuing Highlanders following the Battle of Killiecrankie. Keen photographers who are not already overwhelmed by the brilliant choice of colourful photos should make sure to pause at Garry Bridge on the B8019, which offers one of the most photographed views in Scotland down the River Garry - find out more here.

The Queen’s View offers stunning views across Loch Tummel to Schiehallion. It is said to have been named after Queen Victoria, following her visit to the area in 1866. In autumn when the whole area blazes with reds, oranges and golds the view really is spectacular - find out more here.

The Hermitage is impressive any time of year, but autumn is when it truly comes into its own as the banks of the River Braan become a kaleidoscope of autumn colours. This area was an 18th-century pleasure ground for the Dukes of Atholl and today makes a lovely walk, even with young children. There are caves to explore, a Giant Douglas fir and the picturesque 18th-century folly known as Ossian’s Hall, which overlooks a stunning waterfall. This is also the time of year to witness the salmon leaping up the river’s rapids to their spawning grounds – a spectacular natural sight to behold - find out more here.

Drummond Hill lies six miles west of Aberfeldy overlooking Loch Tay. The forested slopes of Drummond Hill dominate the surrounding landscape and provide a fine backdrop to Taymouth Castle and the village of Kenmore, close to the entrance to the forest. The hill was planted in the early seventeenth century by the ruthless Black Duncan (also known as Sir Duncan Campbell), the laird of Breadalbane. Why not take a guided tour up Drummond Hill with E-BIKE TOURS SCOTLAND starting in nearby Kenmore.

Cluny House Gardens, Aberfeldy is the best place to spot red squirrels in Perthshire, and autumn is a fantastic time to find them foraging among the multi-coloured leaves. The gardens feature rare and exotic plants from around the world merged with native plants to create the unique atmosphere of a Himalayan woodland paradise, which becomes vibrant with autumnal colours from late September. Don’t forget to visit one of Britain’s widest trees – a 130-year-old giant redwood - find out more here.

Stay an extra night on us this autumn with three nights for the price of two at Moness - find out more here. 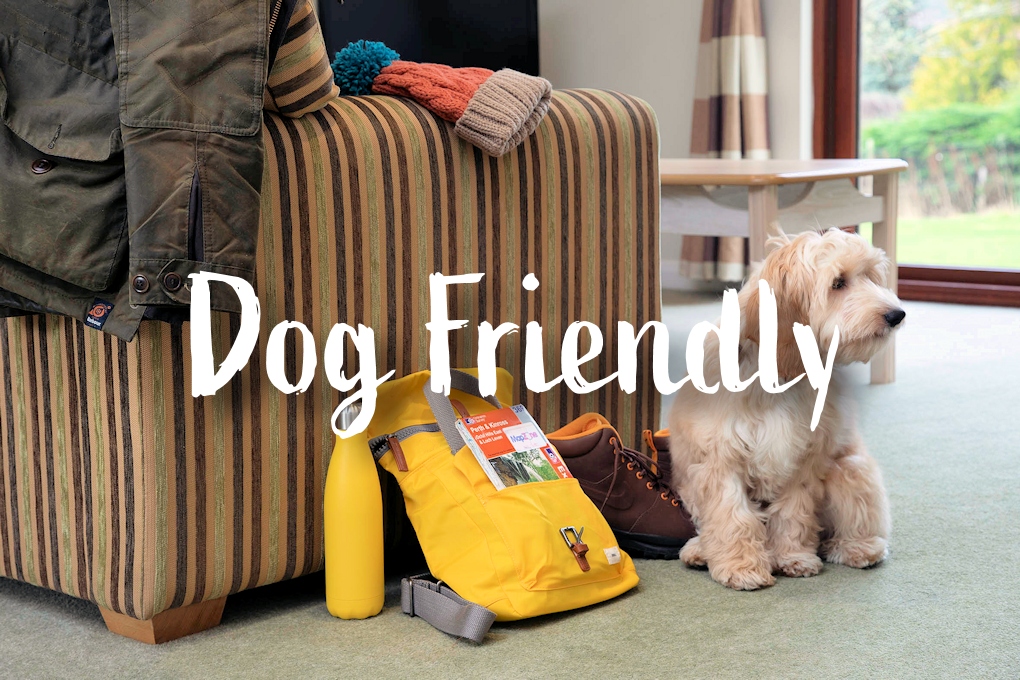 Because we all deserve a break

We’ve now got a limited selection of dog friendly cottages (sleeping four or six people) with space for one or two well-behaved dogs who love exploring the great outdoors. It's essential to call us directly or email as these are very popular. 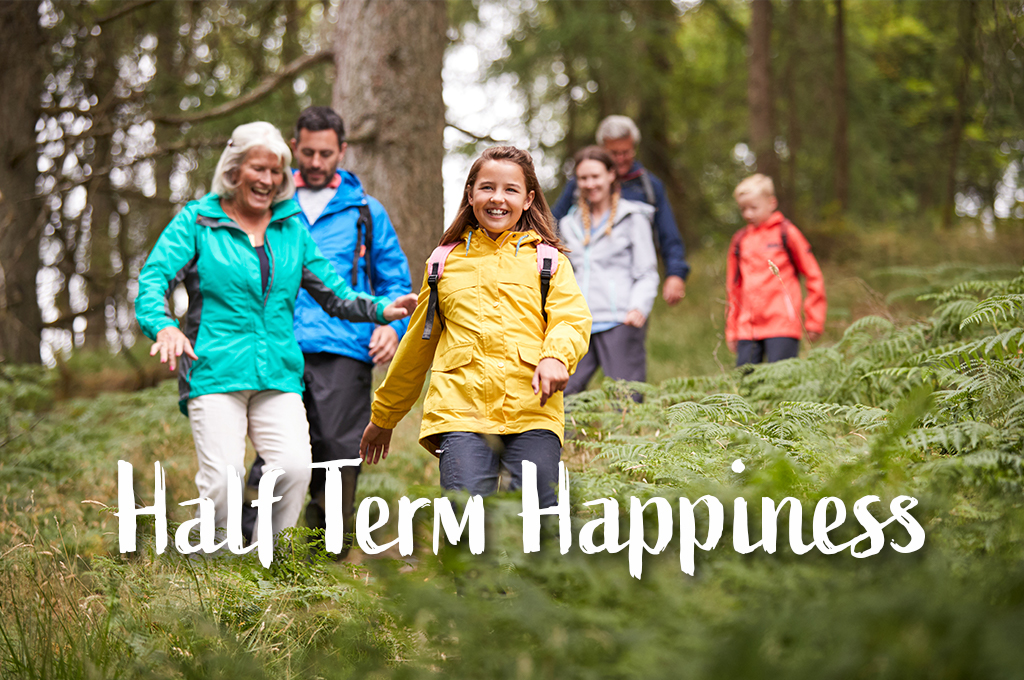 Our family friendly resort is nestled in 35 stunning acres with the very best of highland Perthshire right on your doorstep. Your stay includes access to our Moness entertainment and leisure facilities. 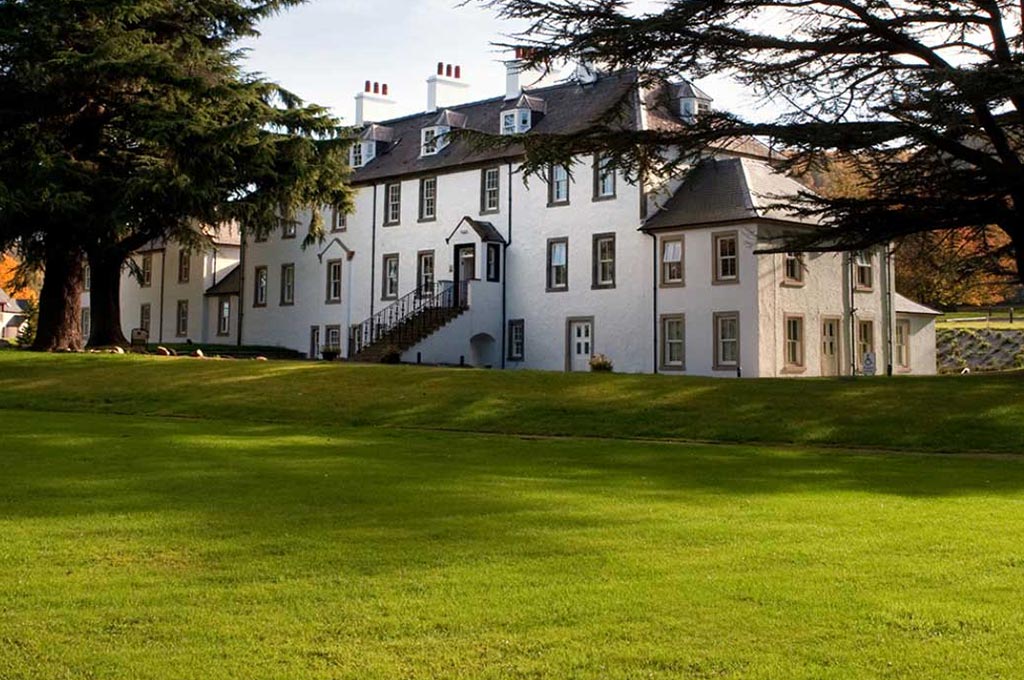 Keeping you safe at Moness

Our priority is to keep you safe which is why all resort areas are regularly and professionally cleaned. We very much look forward to welcoming you. 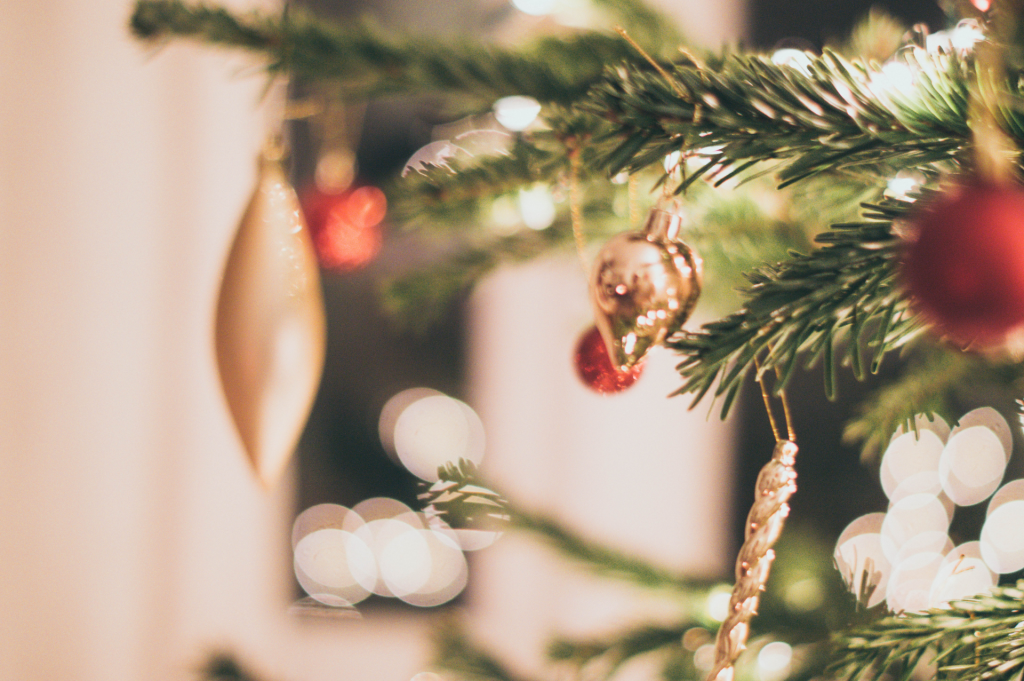 Join us over Christmas or New Year

Christmas and New Year breaks at Moness are truly magical and we look forward to welcoming you’re family to join ours at one of the most treasured times of year. 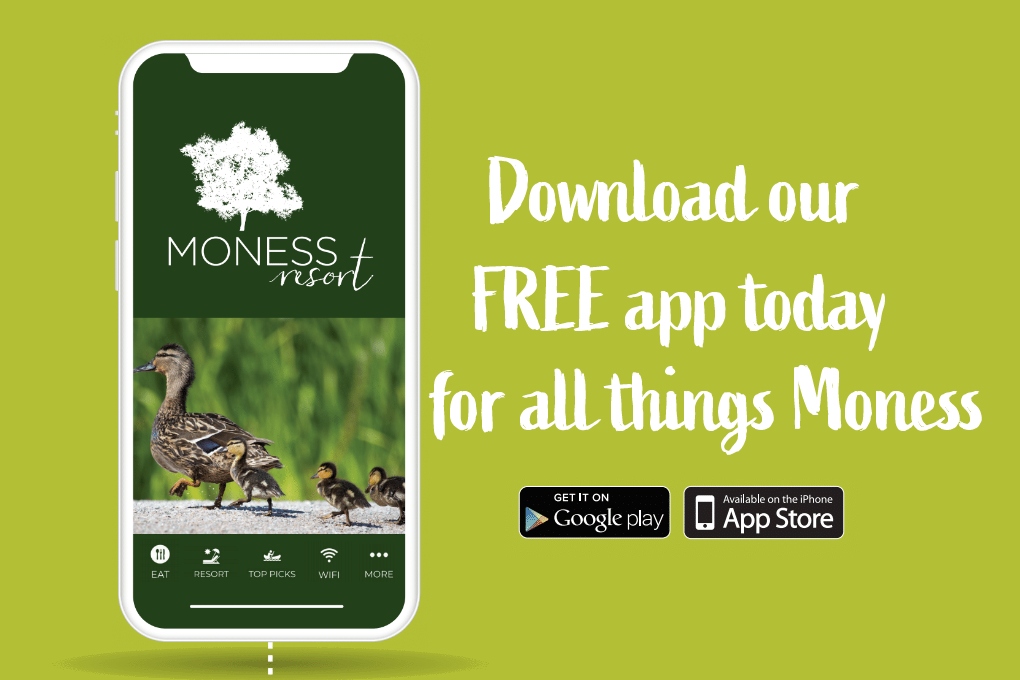 Top Tips at your Fingertips

We have launched a new Free Moness app which provides you with your own digital concierge service in the palm of your hands.This app offers information on all things Moness as well as top local tips - download it today! 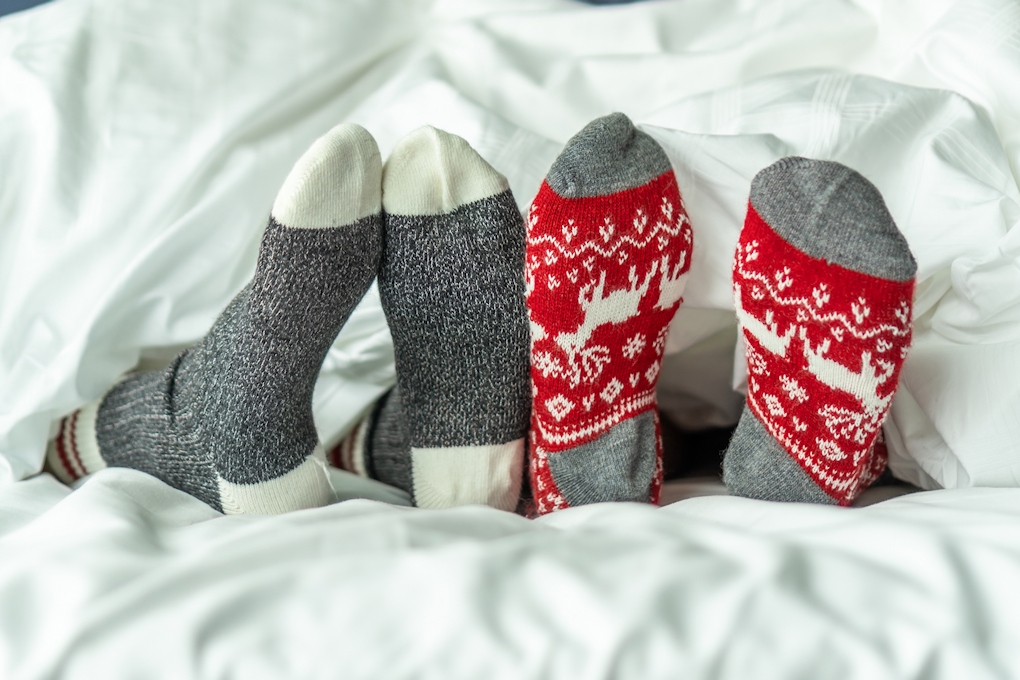 Have a Lazy Weekend 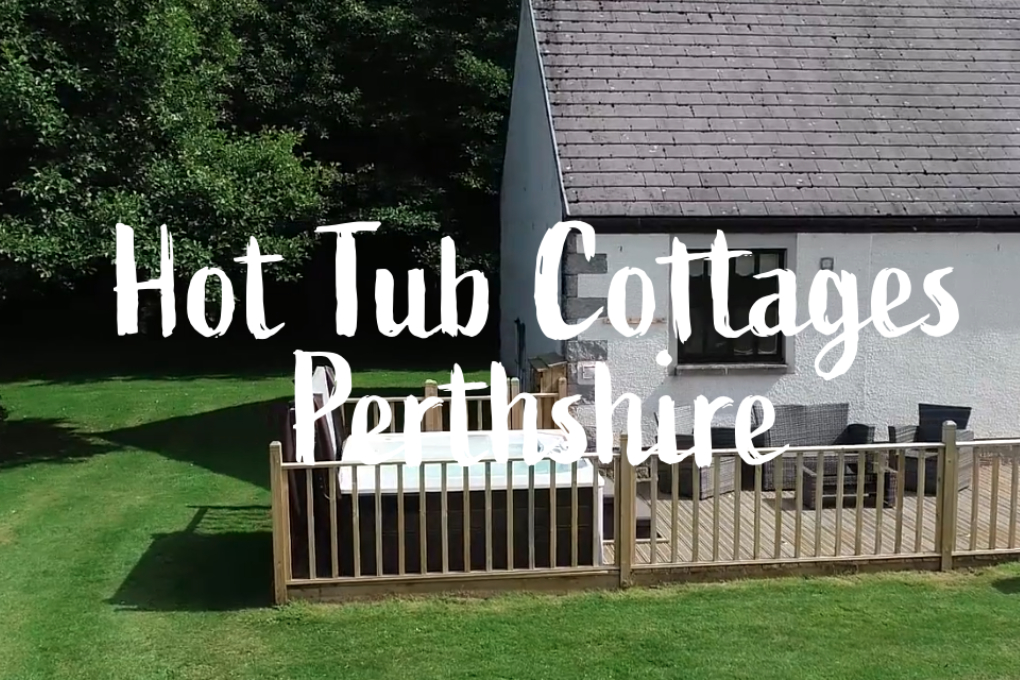 Add some bubbles to your break

We’ve now got a small selection of Hot Tub cottages (sleeping six people) at Moness Resort. Whether you are seeking a relaxing holiday, romantic escape or girls weekend away. Our hot tubs are the ultimate in luxury. 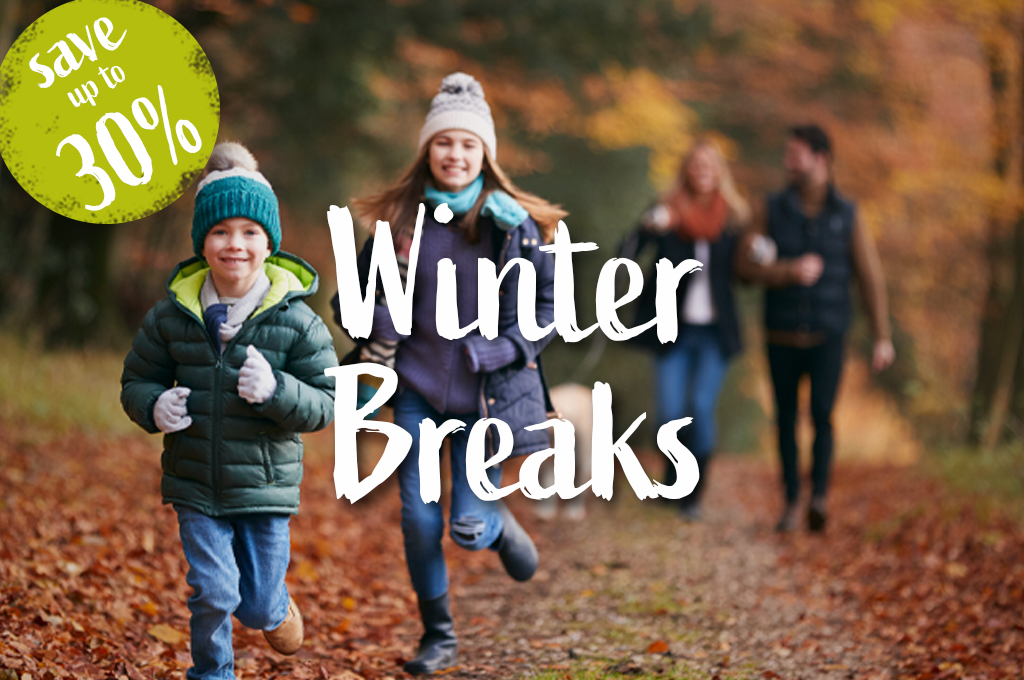 Save up to 30% on your winter break

Here at Moness Resort, winter is truly magical. With the crisp, atmospheric colder weather comes the breathtaking Highland Perthshire countryside. Combine those stunning surroundings with the comfort and warmth of our hotel and self-catering cottages, then you have a true escape from day-to-day life.